To whom it may concern on the Advertising Regulations Board.

It is with great discomfort that I express my concern regarding several television commercials I have had the misfortune of coming across, sometimes unexpectedly in the night, over the past few years. I believe there has been an overflowing and widespread trend promoting false advertising around products for female menstruation clogging up my television screen. I refer here, of course, to the various commercials you broadcast for companies manufacturing so-called ‘sanitary napkins’.
Every time I view them I see red! I wish to have better protection from these misleading images leaking further into society. I have, rather indiscreetly, listed below the individual qualms I hold against these advertisements and the measures I feel should be taken in order to present a realistic and accurate depiction of these products and their function. 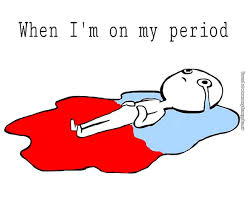 My first issue with the plastic sponge or ‘pad’ commercials lies with the actors portraying what it is like to be on one’s period. It is evident when viewing that there is not nearly enough groaning, bloating, excessive eating, wind problems and general anger at the world shown which, I feel, makes it confusing as to when this product is needed. May I perhaps suggest showing a woman with a pronounced pimple developing on her chin, who clearly hasn’t had enough sleep, yelling “THIS BETTER NOT GO ON TV!” and then cutting to a shot of her crying. This may set up a more relate-able context for audiences as opposed to showing someone simply rubbing their forehead, slightly discomforted during a routine bike ride.

The bike-riding image in itself is very misleading. I ask you Sir(s), have you ever put your vagina onto a bicycle seat wearing what is basically a giant, post-it style nappy built for your own gushing uterus contents? Where is all the wedgie-picking footage? And why are all these white pants shown to be completely unsoiled?

Post-its: NOT a substitute for sanitary products.

There are other advertisements circulating showing a blue liquid being poured into sanitary napkins to simulate absorbency. I feel this does not allow viewers to make an informed decision on the product as I have been told by many women that in fact blood rather than Powerade is most commonly found to be spewing out of their nether region at that time of the month. In affect, by presenting the effectiveness of a pad for soaking up coloured water this rather misguided approach may mislead viewers into thinking that the much more convincing ‘ShamWow!’ is really what they need down there.

ShamWow!: NOT a substitute for sanitary products

When promoting the addition of ‘wings’, the advertisers also fail to state that these ‘flaps’ are clearly just made to stick to the pad itself or at best, an inner thigh.

The general public has been lied to enough and we should not be left to figure out for ourselves which particular brand of pad will crumple up and be rendered useless in the night and which will become dislodged while dancing and stick to our ass cheeks. I urge you to pass on these suggestions to the associated advertising companies responsible and see to it that these revisions are made. The failure to present actual, accurate information and instead being constantly bombarded with buzz-words like ‘body-conforming’ (ie. Shovels up into ass crack the first time bending over) and images of people at the beach (ie. Should not be attempted in conjunction with product shown) makes me feel irritable, moody, grumpy, hungry and want to curl up in bed and call in sick to work.

I don’t want to get my knickers in a knot but this whole experience has left a bad taste in my mouth. 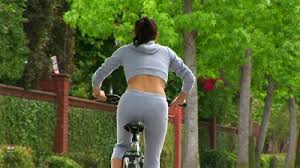 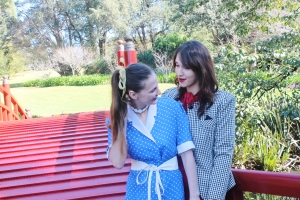