Working in the big smoke is an exciting prospect. However, the novelty doesn’t last long, and for most people, feelings of hope soon dwindle, replaced only by two and a half pairs of torn stockings and the discovery of a salami slice firmly pressed to the bottom of their backpack. For me, it lasted all of about 5 minutes.  As I stood at the train station next to all the business/city people with their business haircuts and neatly-pressed attire, I pondered on all sorts of worldly things, like which sadistic bastard green-lit the manufacturing and sale of the pencil skirt to the universe at large.

All of us radiated an air of importance as if the task of unpacking the staff lunch room dishwasher was definitely not part of our role description.

No, we were all part of the ‘elite’ workforce – working for big corporations who had the funds to do things like provide bottled water for staff each day or at least to clients who had to schedule in meetings because no one dreamed of transferring a call through to the ‘executive staff’. That is, the group of middle-aged white men rarely seen in the building (plus that other woman who hangs around them but looks too cold to be one of their wives, so must be a lesbian).

The train pulled up. A face which is pressed up against the glass train door before it opened looked frightened to see that more people were planning to head into the city via the train carriage they were in. I shuffled in formation and looked at the back of the head of someone who was getting on the train before me. Then I saw myself surrounded by multiple heads and I was in limbo with no discernible pole or handle to cling to. Work-related stress took another victim that day. 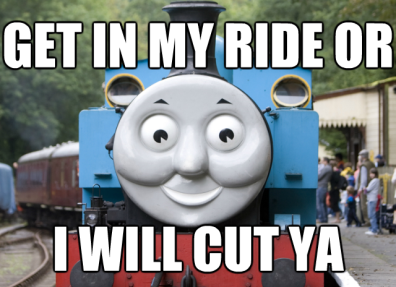 Write something nice or go away: Cancel reply